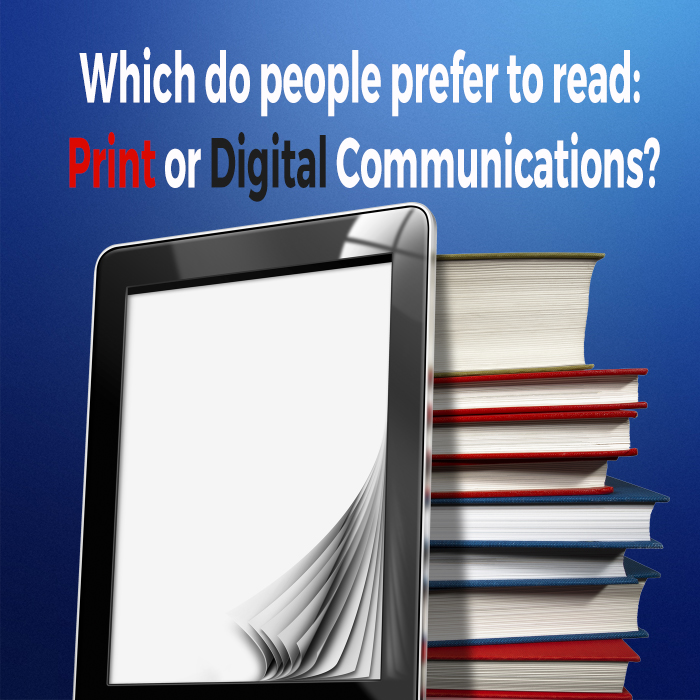 Which do people prefer to read: print or digital communications?

Surveys have shown that Americans prefer paper-based media. 70% of respondents (including 69% of 18 to 24 year olds) stated that they “prefer to read print and paper communications, rather than reading off a screen.” The majority of respondents (67%) said that paper is more pleasant to handle and touch than other media.

In addition, even with the rise in the popularity of e-books, a recent Pew study showed that print remains the foundation of American’s reading habits. Almost seven in ten American adults (69%) read a print book in 2013, while 28% read an e-book and 14% listened to an audiobook.

One thought on “Which do people prefer to read: print or digital communications?”